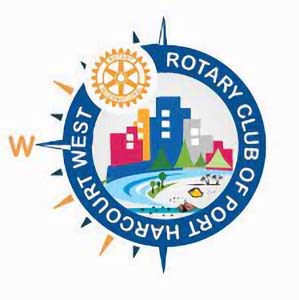 Rotary Club of Port Harcourt, Rotary International, District 1914, in collaboration with the Eze-Ikemba 1 Foundation and ECOBANK Plc, are set to provide financial empowerment to 1,000 women who are engaged in petty trading in Port Harcourt Local Government Area of Rivers State.

The three organisations are expected to dispense an interest-free loan of N50,000 each to the women to help boost their businesses in the face of the economic downturn in the country.

President, Rotary Club of Port Harcourt Garden City, Rotarian Timi Favour Bubagha, at a women empowerment workshop held at the Obumutonchiri, New Road, in Borikiri, Port Harcourt, said the interest-free loan, which is to be paid back within six months, was designed for community development with a view to positively impacting on women and their families.

Also speaking, President of the Eze-Ikemba 1 Foundation and the Agurushi Etche, His Royal Highness Nyeche Promise Obinna, said the decision to give the loan of N50,000 each to women in the community was to help them start up small businesses that would in turn support their families.

He said the workshop was organised to provide women with the right trading skills, thereby improving on their economic and social well-being.

In their remarks, officials of ECOBANK Plc, expressed their satisfaction since the official unveiling of the empowerment scheme and thanked Eze-Ikemba 1 Foundation for organising the programme.

Earlier, the facilitator and past President of the Rotary Club of Port Harcourt Garden City, Rotarian Tonye Nria-Dappa, had commended the scheme, saying “it’s going to help the women a great deal.”

According to her, “A lot of women are under stress just like their men. So, if the purchasing power of a woman is a little bit increased by what we are going to do here today, it will go a long way to ease the stress that the women are going through.