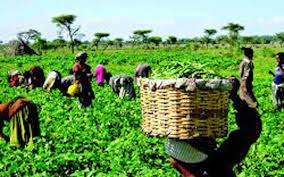 A strategic move towards solving Nigeria’s unemployment nightmare has been taken by the National Directorate of Employment (NDE) through the training and empowering of 1,850 Nigerians on an agro-entrepreneurship business across all the states of the federation.

The Director General of the Directorate, Mr Abubakar Nuhu-Fikpo, made the disclosure in a press statement released by NDE’s Head, Department of Information and Public Relations, Israel Adekitan.

According to him, the effort is anchored on providing a source of income to the beneficiaries, which ultimately boosts livestock production and its value chain.

The NDE boss added that the agro-preneurship training and empowerment exercise, executed in two phases, took place across the 36 States and the Federal Capital Territory (FCT).

He noted that the empowerment programme was one of the many efforts of the federal government towards curbing the challenges of unemployment especially among the youths and women groups.

The CEO said: “Engagement of unemployed youth in goat production business along its value chain will play an important role in the socio-economic and environmental life of the farming communities in terms of income and supply of food for the local population and the country at large.

“Through the training, the participants will be able to earn income, improve the livelihood of the rural people, create employment, reduce rural-urban migration, provide raw materials for leather manufacturing industries, enhance protein intake for the populace, reduce poverty and create wealth.”

“Three states from each of the six geo-political zones in the country and the FCT were selected for the first phase of the empowerment exercise. Fifty people, mainly youths and women were recruited for the exercise in each of the 36 states and the federal capital territory”.

The Director-General said that the Federal Government through the NDE has continuously identified opportunities for job creations in the agricultural value chain for successful management of demand driven and viable agribusinesses.

According to the statement, the Head, Rural Employment Promotion Programme in the Directorate, Edem Duke, while commenting on the economic gains and viability of the training scheme said that goat production in Nigeria remains an economically viable business venture because of its value chain and high commercial production value which have great employment potential.

“Goat is a source of meat, milk, hide and skin and manure for farming. The skin is used by tanning industries for the manufacture of leather products for local and foreign exchange earnings.

“The National Directorate of Employment (NDE) recently introduced a spectrum of training for the unemployed irrespective of their educational level; this is to further address the challenge of joblessness in the country. Small Stock (Goat) Production Training Scheme is one of the Quick Fix Schemes of the Directorate which are designed to accommodate skills training that has a short duration”, the statement added.