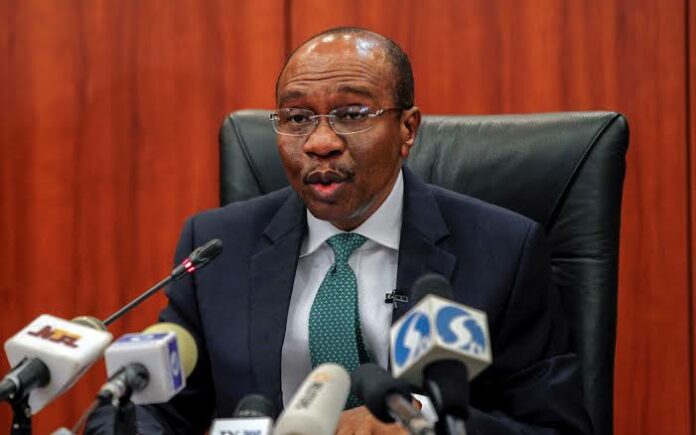 The Governor of the Central Bank of Nigeria (CBN), Mr. Godwin Emefiele, has said the apex bank and the Bankers’ Committee will provide a minimum of N500 billion in loans to export-oriented firms including Micro Small and Medium-sized Enterprises (MSMEs) in a bid to enhance non-oil export earnings. 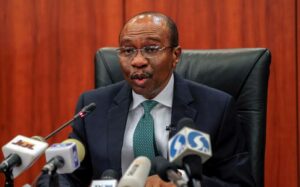 Emefiele, who revealed this at a press briefing to close the 2022 Bankers’ Committee Retreat yesterday in Lagos, also vowed that the CBN would continue to support banks with the foreign exchange needs of their customers because of the gains recorded from the RT200 programme.

With this development, the CBN may have reversed its earlier proclamation to discontinue foreign exchange sales to banks by the end of this year.

You Should See Also: NCR Sensitises MSMEs How to Easily Obtain Loans

The CBN governor at the event themed ‘Increasing the Productive Base of the Nigerian Economy and Non-Oil Export Revenues’ also disclosed that the Bankers’ Committee, realised that an extra $100 million would be required to complete the second phase of the National Theatre, in its latest assessment of the works done.

Emefiele said: “In an attempt to boost the volume of export repatriations, there is a need to continue to support our exporters who may need facilities either to bring in equipment with which they can process their goods and make them a high standard that can qualify for export abroad and earn higher value. So the bankers’ committee decided that every year and it should be measurable, the entire banking industry must grant at least a minimum of N500 billion in loans to export-oriented companies that will generate measurable export receipts and non-oil export proceeds that will complement what the CBN is doing.” “The CBN will come up with modalities where it will insist that bank A should grant a minimum of X amount in export loans and naturally the big banks will have to take a bigger share of this pie. But we also see that the big banks have made tremendous progress and contribution towards the repatriation that we have seen so far on RT 200,” he said.

Emefiele noted that the RT200 had in its first-year experienced resounding gains, adding that with the commitment to the export-oriented business, there would even be larger non-oil earnings in the coming years. With this, he said the CBN would continue to supply banks with the foreign exchange need of their customers.

He said: “We highlighted the tremendous progress that has been made because we recall that in the year before we started the RT 200, the central bank had threatened the banks that they must begin to source their FX to meet the needs of their customers and not entirely rely on central bank sources.

“We will continue to support the market while the banks themselves continue to ramp up their own sources of non-oil exports that can earn FX through repatriation, which they can use to fund the needs of their customers. So, that is good news; I’m sure for those who are asking me ‘are you stopping?’ I’m sure this is the information that you’d like to hear,” he added.

On the National Arts Theatre, Emefiele noted that the Agribusiness/Small and Medium Enterprise Investment Scheme (AGSMEIS), gets five per cent of profit after tax from banks to fund small businesses, adding that this will be the source of an additional $100 million needed to complete the national theatre. “I must confess that when we started this project both phase 1 and phase 2 would be completed with $100 million but unfortunately when we took on the dimensions, and the scope of projects yesterday, we found out that this was going to run through those $200 million. This is presently being funded from AGSMEIS fund and the bankers’ committee resolved that we would take the remaining part of that fund to complete this project because we believe that this is a viable project.”

Commenting on the progress of the RT200 programme, the governor said tremendous progress has been made in generating non-oil export revenues in 2022.

“This is not export proceeds that did not earn rebates. Let’s not forget the rebate is only meant for processed goods. So, by the time we add both processed and unprocessed goods like cocoa and cashew to the processed goods, we ran into almost $1 billion during the third quarter and we are beginning to think that we should be able to continue to ramp up. We are looking hopefully for the fourth quarter; we hope that we should be able to hit over a billion dollars in export proceeds and repatriations that will qualify for a rebate.” He also stressed that for the success of RT200, some verticals such as transportation, and infrastructure needed to have immediate solutions to promote exports.

“At the RT200 summit in April, we agreed we will collaborate with many of the state governments that are willing to roll-up export terminals; unfortunately, we did not see any remarkable response from the states. Only two states wrote, Delta State, Lagos and Ogun states also discussed with us.”“However, because we can’t wait for long gestation programmes, we are looking at low-hanging fruits because there is no time. We must make sure that those who want to conduct export activity should be able to do so with minimal problems.

“We are working with Lagos Lekki Ports, which is currently going through pre-commissioning or test running and enjoyed some facilities from our banks through our intervention facility and all that. We’ll be talking to them about how we can use them at least for now given the congestion at Apapa and Tincan and how exporters can divert their cargo for export through the Lekki Port.

“In the area of airports, we would be working with the Ogun State government which has completed an air cargo export terminal for items to be airfreight. Our interest is that exporters conduct their activities in a very seamless manner. On infrastructure, we are working with Infraco to fund the road projects from Lekki to Ondo to help facilitate the transportation of goods from Lekki ports to other parts of the country.”