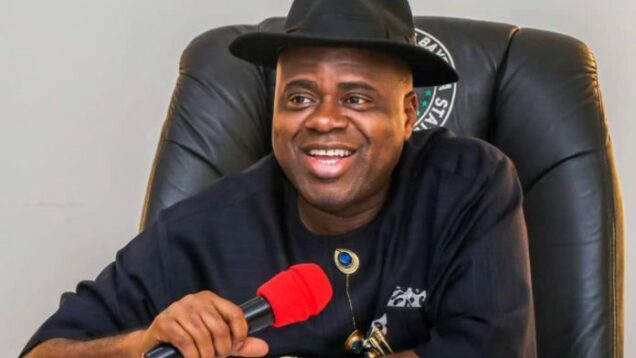 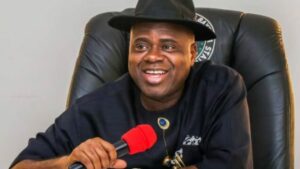 Each beneficiary got N200,000 in the monthly programme introduced by Gov. Douye Diri during his second-year anniversary in Feb. 2022.

Thursday’s disbursement was for the month of September.

Speaking at the occasion, Mrs Faith Opuene, Commissioner for Women, Children Affairs and Empowerment said the gesture was borne out of the need to assist indigenous entrepreneurs to expand their businesses.

She said the gesture also aimed at reversing the dominance of Small and Medium Scale businesses by non-indigenes.

She said that it was also part of the government’s empowerment programme for women and youths.

Opuene noted that small businesses in Bayelsa were dominated by non-indigenes, hence the need to assist indigenes to grow and expand their businesses in the state.

She explained that a male and a female beneficiary were chosen from the 105 political wards in the eight Local Government Areas of Bayelsa.

She added that the selection committee consists of seven members put in place to ensure that no beneficiary drew the cash more than once.
Opuene said that the biometrics of the beneficiaries were taken before the disbursement to check multiple payments.

She said also that the gesture was in fulfilment of a pledge by Gov. Diri to support 210 small business operators monthly until the end of his tenure.

“The economy of our state is not in our hands because ours is a civil service state and the small businesses space is dominated by people from outside Bayelsa who drive our economy.

“This empowerment scheme is aimed at encouraging our people to be part of the economy of our state,’’ Opuene said.

She advised the beneficiaries to deploy the funds judiciously, adding that there were plans to monitor their performance.

The commissioner said that only those who grew their businesses would benefit from future plans.

Mr Igbadiwei James, a beneficiary from Southern Ijaw Local Government Area, expressed appreciation for the gesture and noted that the scheme was all-inclusive as rural dwellers also benefitted.

Bayelsa has so far disbursed N 336 million under the scheme to 1,680 beneficiaries drawn from all the eight council areas of the state.