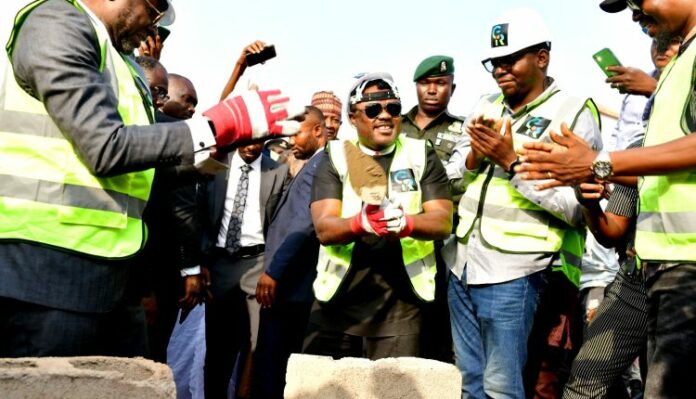 The National Agency for Science and Engineering Infrastructure, NASENI, has laid the foundation for the construction of an agriculture equipment and development institute in Cross River State, south-south Nigeria. 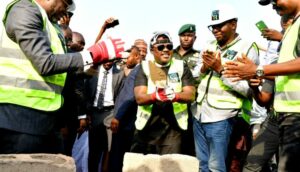 The Chief Executive of NASENI, Professor Mohammed Haruna, who performed the ceremony in Obudu local government area of Cross River State, said the decision to site the institute in the northern district was in recognition of the Governor Ben Ayade’s strides in agro-industrialisation.

Professor Haruna, who described the Governor as one, who deserves to be celebrated, said that the institute would produce high tech agricultural equipment to ease and modernize farming.

He said, “we are here today not only to lay the foundation for the construction of Machinery Equipment and Development Institute, but to celebrate an achiever, Governor Ayade.

“I must confess that it is his performance, his record that attracted our attention to decide that the institute was suitable to be sited in a cluster of industries in Obudu here in northern Cross River and the Nigerian President Muhammadu Buhari graciously approved our recommendation,” he stated.

Speaking further on the institute, the NASENI Chief Executive said, “this institute is not just a regular institute, it is a south-south zonal institute for agriculture. There would be only six in the country and one is located here. It is also among the first three in phase one of the construction and development of this institute.

“The institute has the mandate to research, develop and manufacture equipment to ease farming, to introduce mechanized farming – to ease cultivation, planting, weeding, harvesting, shelling, processing and preservation of food crops,” he further stated.

Responding to the gesture, Governor Ayade expressed gratitude to the Nigerian President Buhari for finding the state worthy of the project, saying “I celebrate the Nigerian President in a special way and also my friend, Professor Haruna. For those who know what I have done in Cross River, it is only in the fullness of time that you will see the manifestation of our dream.”